MO-4. A lost century in psychiatry

An important part of my work on living systems during the present decade will be addressing some issues in psychiatry. Although I'm no expert, I have the strong sense that between the  fairy tales of Freud's psychoanalysis and biological psychiatry, with its focus on chemical imbalances in the brain, we have pretty much a lost century in psychiatry. Little by way of understanding, let alone treating, psychopathology has been achieved over the past hundred years or more. 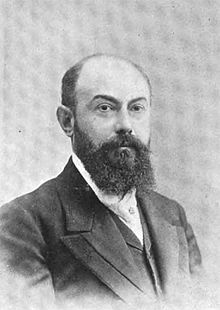 The French doctor and psychologist Pierre Janet (1859-1947) did pioneering empirical work with thousands of patients and established the attempt to achieve psychological unity as a major driving force of the human mind. Publishing voluminously in French and very little in English, he was eclipsed by Freud, a master of public propaganda and the construction of a movement around himself.

To Janet, integration towards psychological unity is the hallmark of mental health, while psychological fragmentation takes the mind in the opposite direction, towards ill health and disease.

He founded the psychiatric study of dissociation whereby the self, under the onslaught of highly unfavorable circumstances, such as family violence or sexual abuse, splits in two or more parts. In these dissociated states, a person attempts to maintain some semblance of unity, however impaired and restricted.

That mental health arises from integration and unity while mental illness is marked by disunity and fragmentation are notions virtually absent from the bible(s) of modern psychiatry, the American DSM 5 and WHO's ICM11 with their atheoretical symptom lists that yield little understanding of the dynamics of the mind.

On the other hand, this potential for unity through integration and the vulnerability for fragmentation and dissociation are key ideas in Interpersonal Neurobiology (Siegel, 2020) and in Self-Determination Theory (Ryan, Deci and Vansteenkiste, 2016). I intend to draw on these sources in my coming investigations into the dynamics of overcoming challenges.

Any challenge facing a human being may be seen as a challenge to that person's present level of unity and integration. The challenges invites expansion and revision of the mental image or state of psychological order maintained by the person, so that the challenge is grasped, dealt with and integrated into the person's mental order, which now has developed somewhat.

Through challenges, a person grows--if they are successfully internalized and integrated. But they may also present a threat, the threat of disintegration. The mind has many ways of fending off too-large challenges, and there are ways that challenges impinge on the mind anyway, leaving considerable scars, such as PTSD.

How the human organism, the body and the brain respond to large challenges, threats and physical insult is a major area of study in medicine and psychology. I want to explore whether these matters of developmental psychopathology might be lend themselves to analysis and understanding in terms of the living systems perspective, informed by the oscillatory ontology and the biochemistry of molecular vibration that I propose in blogposts MO-1 and MO-3).

My hunch is that the wave-mechanical principle of harmonic resonance (Lehar, Civic) is quite relevant to the study of mental unity and integration.